Pixie Geldof is the third daughter of Bob Geldof and Paula Yates. She is also the granddaughter of Hughie Green and sister of Peaches Geldof (d.2014). Her other siblings include older sister Fifi Trixibelle and younger maternal half-sister Heavenly Hiraani Tiger Lily.

Her first magazine cover modelling appearance was for Tatler in 2008. She has also been the face of advertising campaigns for Levi’s, Diesel, Henry Holland, Razzle, Agent Provocateur, Loewe and Pringle of Scotland, as well as modelling for Vivienne Westwood, Luella and Jeremy Scott. She modelled for Debenhams in 2010.

Pixie is the lead singer of the band Violet, who released their first single in May 2012. She was scheduled to DJ at the 2014 Coachella in April but cancelled it due to the death of her sister.

She released her first album I’m Yours in November 2016. It was recorded in Los Angeles and produced by Tony Hoffer. 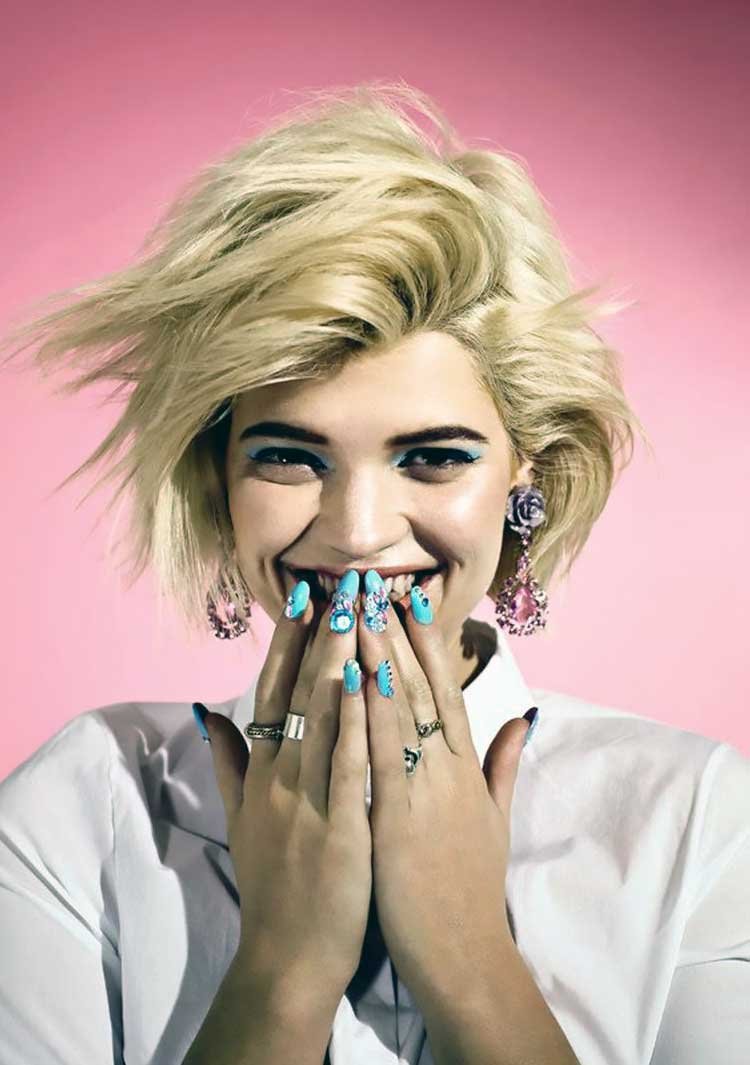 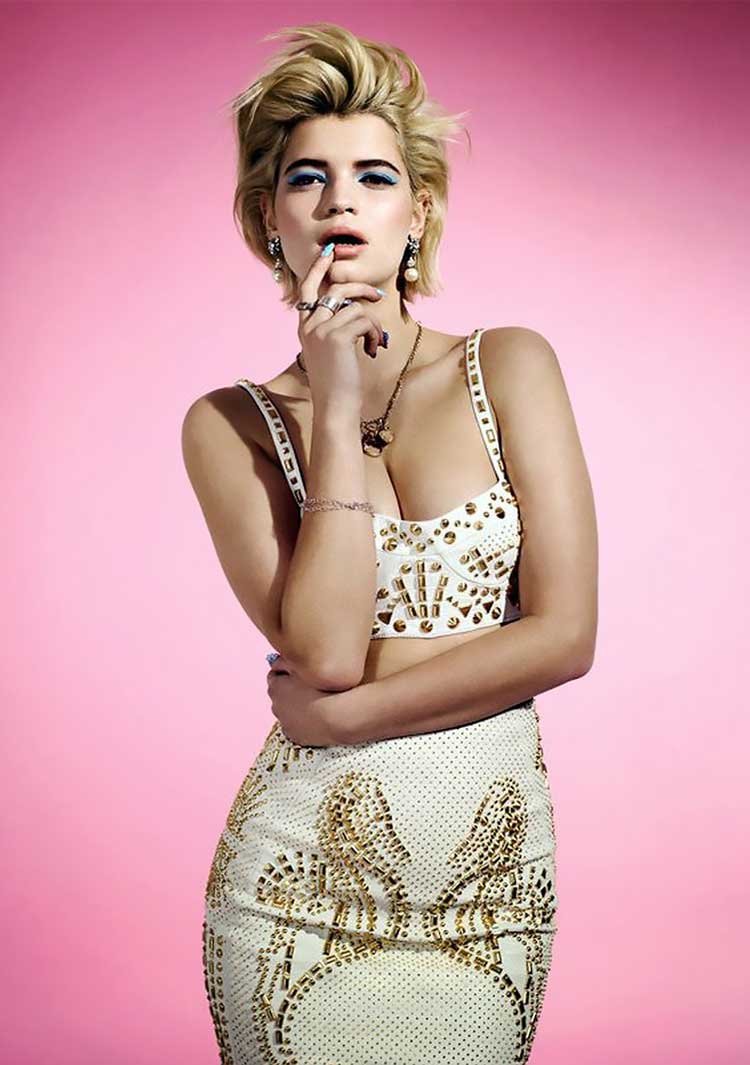