Margot Robbie is an Australian actress and film producer. In 2017, Time magazine named her as one of the 100 most influential people in the world and Forbes featured her in their 30 Under 30 list.

Born and raised on a farm in Dalby, Queensland, Margot studied drama at Somerset College. She began her career in Australian independent films in the late 2000s before working in the soap opera Neighbours (2008–2011), which earned her two Logie Award nominations. After moving to the United States, she starred in the short-lived ABC drama series Pan Am (2011–2012). In 2013, she had a supporting role in the romantic comedy About Time (2013) and made her breakthrough later that year by co-starring in Martin Scorsese’s biographical black comedy The Wolf of Wall Street.

Margot launched a production company named LuckyChap Entertainment in 2014. Her profile continued to grow with leading roles in the romantic drama Focus (2015), the action-adventure film The Legend of Tarzan (2016), and the superhero film Suicide Squad (2016). Margot received critical acclaim in 2017 for her portrayal of the disgraced figure skater Tonya Harding in the biographical film I, Tonya, which she also produced. She received Best Actress nominations at the Academy Award, Golden Globe, SAG, and BAFTA Award ceremonies for the role.

Margot has been acting professionally since 2007, when she starred in two feature films, I.C.U. and Vigilante. After impressing the director with her performance during an audition, she won the lead in I.C.U. without an agent at the time. Margot also acted in commercials and had guest roles in The Elephant Princess and City Homicide as Caitlin Brentford. Margot began appearing as Donna Freedman on Neighbours from June 2008. The character was originally only a guest role, but she was soon promoted to a regular cast member. In an interview with Digital Spy, Margot said she had gone on a snowboarding holiday to Canada with her boyfriend soon after auditioning but had to return after only two days when told that she had won the role.

In early 2009, Margot appeared in various Network Ten promotions, featuring an ensemble of popular Australian faces on the network. In July 2009, she filled the “Generation Y” guest spot on the Network Ten show Talkin’ ‘Bout Your Generation. Margot also became a Youth Ambassador for missing persons as part of National Youth Week. In the same year, Margot was nominated for Most Popular New Female Talent at the Australian Logie Awards. She was also nominated for Favourite Hottie at the Nickelodeon Kids Choice Awards and was up against her Neighbours Co-star Dean Geyer. In September 2010, Margot announced that she was to leave Neighbours after almost three years to pursue an acting career in Hollywood. Her final scenes aired on 26 January 2011 and in April of that year, Margot was nominated for Most Popular Actress at the Logie Awards.

In 2015, Margot starred opposite Will Smith in romantic comedy-drama film Focus. In the film, she plays an inexperienced grifter learning the craft from Smith’s character. The film was released on 27 February 2015 to generally mixed reviews. However, Margot’s performance was praised. Peter Travers of Rolling Stone wrote “Margot Robbie is a wow and then some. The Aussie actress who made us sit up and take notice as Leonardo DiCaprio’s wife in The Wolf of Wall Street shows a comic flair backed up with beauty and steel. Even when Focus fumbles, Margot deals a winning hand.” Focus grossed over $150 million worldwide.

In 2015, Margot received a nomination for the BAFTA Rising Star Award. Also, in 2015, Margot played the leading role of Ann Burden in the film adaptation of Z for Zachariah with Chris Pine and Chiwetel Ejiofor, which was shot in New Zealand. The film premiered on 24 January 2015 at the Sundance Film Festival and had its theatrical release on 28 August 2015, receiving positive reviews. Margot’s performance was praised by critics. Drew McWeeny of HitFix wrote “Margot’s work here establishes her as one of the very best actresses in her age range today”.

Margot co-starred with Tina Fey in Whiskey Tango Foxtrot, a film adaptation of The Taliban Shuffle. She plays Tanya Vanderpoel, a British TV journalist. The film also stars Martin Freeman and Alfred Molina and was released on 4 March 2016 by Paramount Pictures. Later that year, Margot starred as Jane Porter in David Yates’s The Legend of Tarzan, opposite Alexander Skarsgård, Samuel L. Jackson and Christoph Waltz. The film was released on 1 July.

Margot’s third 2016 role was Harley Quinn in Warner Bros.’ DC Comics supervillain film Suicide Squad, as part of an ensemble cast that includes Will Smith, Jared Leto, Viola Davis and Joel Kinnaman. Principal photography commenced on 13 April 2015 and the film was released on 5 August 2016. Margot hosted the season 42 premiere of Saturday Night Live on 1 October 2016, with musical guest The Weeknd. She was scheduled to voice a character in the 2018 DreamWorks Animation Larrikins, before the project was cancelled in March 2017.

Margot starred alongside Domhnall Gleeson in Goodbye Christopher Robin as Daphne de Sélincourt, wife of author A. A. Milne. The film was released on 29 September 2017. She portrays American figure skater Tonya Harding in I, Tonya, written by Steven Rogers and directed by Craig Gillespie. For her portrayal of Harding, Margot was nominated for the Golden Globe Award for Best Actress – Motion Picture Comedy or Musical and the Academy Award for Best Actress. She was the first actress nominated for an Academy Award for playing a real-life athlete.

In February 2016, Margot was cast in Vaughn Stein’s thriller film Terminal as Annie. Margot will reprise her role as Harley Quinn in Gotham City Sirens that she will also produce.

In July 2016, Margot was confirmed to star in an adaptation of Matt Ruff’s thriller novel Bad Monkeys as Jane Charlotte. She will also produce the film for LuckyChap Entertainment.

Margot will voice a character in the animated/live-action Peter Rabbit film adaptation. In 2017, she was cast as Maid Marian in Marian, which she will also co-produce for LuckyChap Entertainment. She was also cast as Queen Elizabeth I in the 2018 film Mary Queen of Scots and will star in independent film Dreamland, which she is co-producing. 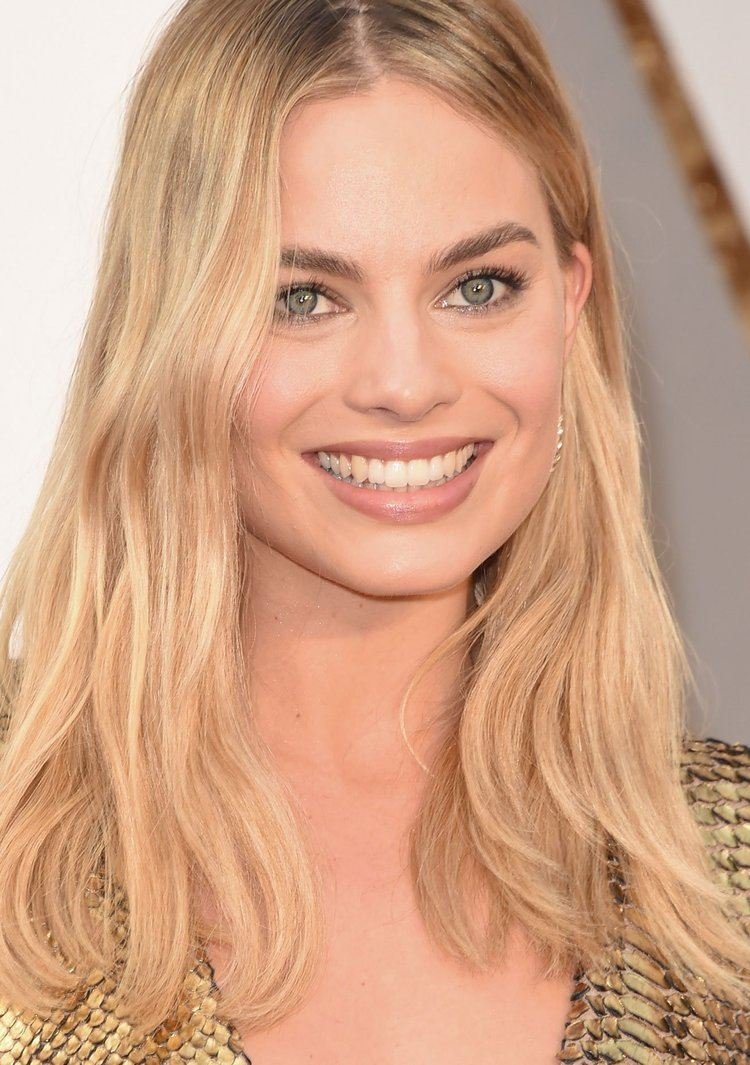