A future colourful culinary personality, Guy Ramsey Ferry was born on January 22, 1968, later changing his last name to the original family spelling “Fieri.” He opened up his first food business at the age of 10, operating his own pretzel cart. After college, he worked as a restaurant manager, then started his own restaurant with a partner in 1996. In 2006, Fieri began his TV career after winning Next Food Network Star. Today, he hosts several food-themed shows.

Growing up in Ferndale, California, Guy Fieri developed a passion for food and entrepreneurship early on. He and his father built a special pretzel cart when he was 10 years old. Fieri eventually earned enough money from selling pretzels to fund the adventure of a lifetime; at the age of 16, Fieri spent a year studying in France, which furthered his culinary education.

While attending the University of Nevada, Las Vegas, Fieri worked several different restaurant jobs. He even served as a flambé captain for a time. After earning his degree in hospitality management, Fieri continued working in restaurants. He put his degree to work at a Stouffer’s restaurant, and later became a district manager for Louise’s Trattoria.

In 1996, Fieri started his first restaurant with partner Steve Gruber. The pair launched an Italian eatery called Johnny Garlic’s in Santa Rosa, California. They eventually open two more locations. Fieri and Gruber branched out from Italian fare to launch Tex Wasabi’s in 2003. The restaurant is a fusion of Southern BBQ and California-style sushi.

Egged on by his friends, Fieri sent in a videotape to the reality show Next Food Network Star in 2005. He told the network that he likes to “live big, laugh hard, and cook wild” in his audition video. His rock ‘n’ roll attitude helped earn him a chance to compete, beating out more than 1,000 other entrants. Fieri tackled challenges from such television culinary stars as Giada De Laurentiis, Paula Deen, Rachael Ray and Bobby Flay. In 2006, he emerged victorious, becoming the second person to win the cooking reality show.

After being crowned the Next Food Network Star, Fieri launched his first television series, Guy’s Big Bite in 2006, offering viewers lots of bold flavours. The bleached-blond chef took his love of food on the road for Diners, Drive-Ins and Dives, which also debuted in 2006. On the show, Fieri travels the country in search of tasty, unpretentious eats. He next took on a more traditional-style cooking show format with Guy Off the Hook in 2008, in which he cooked in front of a live audience. Over the years, Fieri has emerged as an unusual culinary icon with his trademark spiky hair, tattoos, bowling shirts and skateboarder shorts.

In 2009, Fieri merged his love of food and music to create the Guy Fieri Roadshow. This “food-a-palooza” tour featured a DJ, drinks and cooking demonstrations. He has also written several books, including 2011’s Guy Fieri Food: More Than 150 Off-The-Hook Recipes.

Expanding beyond cooking, Fieri became a game show host in 2010. He guides contestants through numerous 60-second challenges on Minute to Win It. 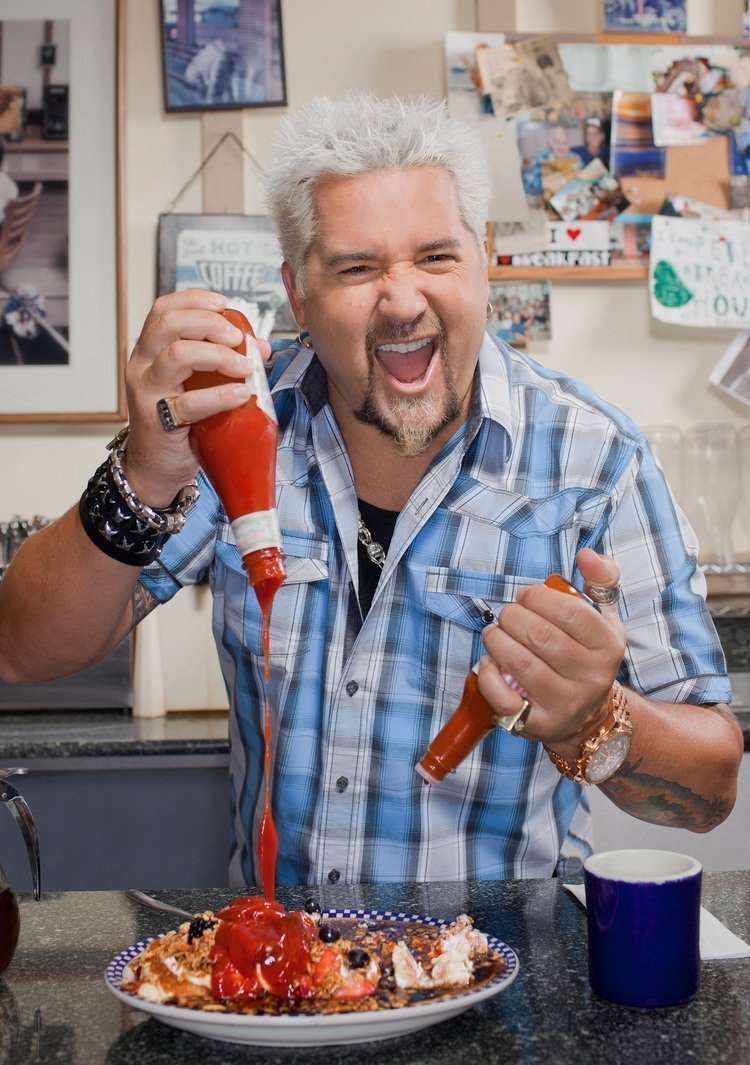 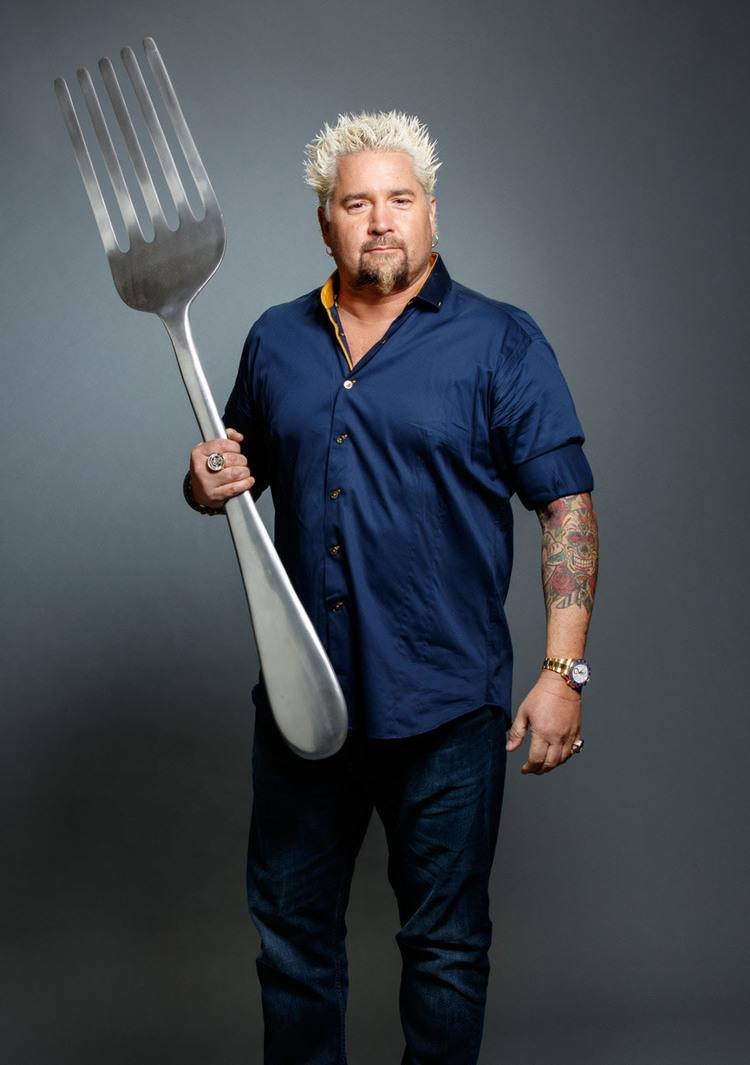 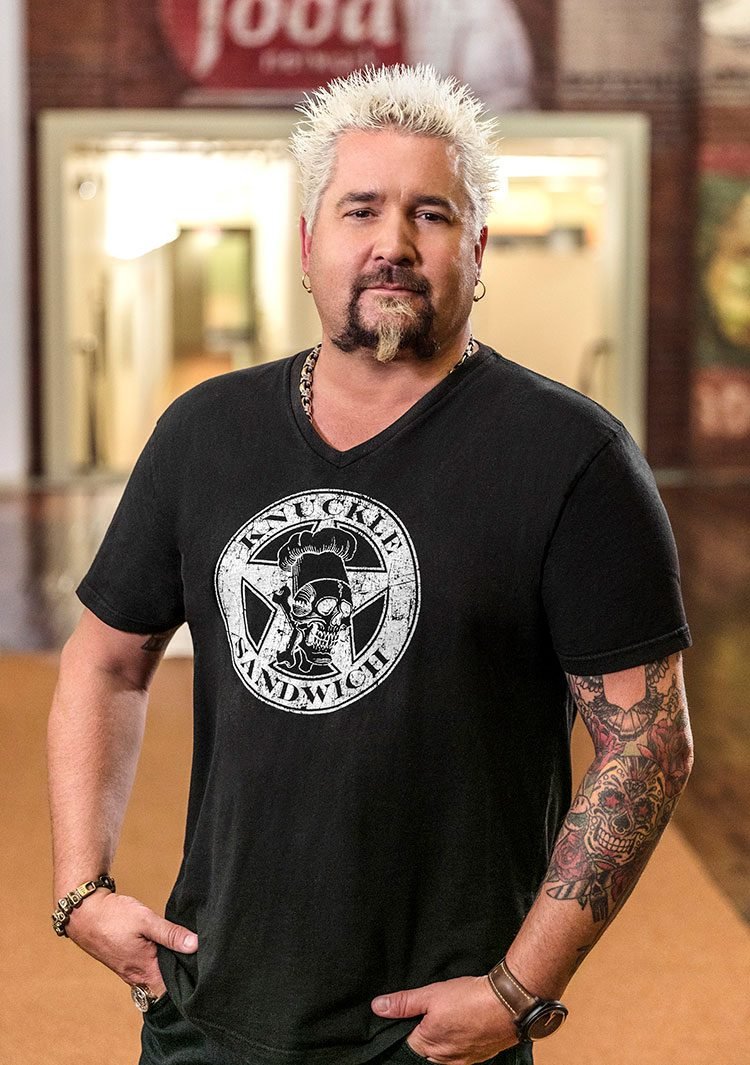