Adam Sandler, American comedian known for his portrayal of youthful but endearing characters. Adam was raised in Manchester, New Hampshire, the youngest of four children. Academically disinclined, he was frequently disciplined for his comedic antics in school. He first performed at a stand-up comedy club in Boston at age 17 at the urging of his brother. Following high school, Adam took classes at the Lee Strasberg Theatre & Film Institute in New York City and attended the Tisch School of the Arts at New York University, graduating in 1988 with a bachelor’s degree in acting.

Adam’s first television appearance was on The Cosby Show (1987), in which he featured as a friend of the Huxtable family. He continued to perform stand-up, and, during a performance in Los Angeles, comedian Dennis Miller took notice and later recommended him to Saturday Night Live (SNL) impresario Lorne Michaels. Adam was hired as a writer for the sketch comedy show in 1990 and made occasional appearances before becoming a cast member the next year. During his five-year tenure with SNL, Adam created a range of oddball characters, among them Operaman, an opera star who performed satiric songs in a mock basso profundo.

Adam broke into film with small parts in such comedies as Shakes the Clown (1991); Coneheads (1993), which was based on an SNL sketch; and Mixed Nuts (1994). He established himself as a star with Billy Madison (1995), the first of a number of movies he cowrote; in it he played the oafish scion of a wealthy businessman who must prove his worthiness to succeed his father by repeating his schooling. Adam’s humour, while derided by some critics as puerile, proved popular with moviegoers. A succession of films in which he played similarly inept and foulmouthed characters solidified his reputation as a reliable box-office draw.

In Happy Gilmore (1996), Adam featured as an aggressive hockey player who turns to professional golf out of financial necessity, and in The Waterboy (1998) he played the emotionally stunted water boy of a college football team who becomes its unlikely saviour. In The Wedding Singer (1998), a romantic comedy with Drew Barrymore, and Big Daddy (1999), in which his character adopts a child to impress his girlfriend, Adam demonstrated an ability to temper his outrageous antics with sentiment.

In 1999 Adam formed his own production company, which produced his own films as well as vehicles for friends, including David Spade and Rob Schneider. While continuing to star in such comedies as Mr. Deeds (2002) and Anger Management (2003), Adam made forays into drama with Punch-Drunk Love (2002) and Spanglish (2004). The latter performances won him critical accolades. He reunited with Barrymore in the romantic farce 50 First Dates (2004). In 2007 he appeared in Reign over Me, a dark comedy in which he evinced a man whose wife and children died in the September 11 attacks. The following year he returned to lighter fare with You Don’t Mess with the Zohan, about an Israeli military operative who moves to New York City to become a hairdresser.

Adam’s subsequent films included the dramedy Funny People (2009), directed by Judd Apatow; Grown Ups (2010) and Grown Ups 2 (2013), in which he co-starred with, among others, Chris Rock; and the romantic farce Just Go with It (2011), which paired him with Jennifer Aniston. In the broad comedy Jack and Jill (2011), he portrayed both halves of a set of brother-sister twins, and in the raunchy That’s My Boy (2012), he starred as a gregarious boor reconnecting with the son he fathered as a teenager.

Adam appeared opposite Barrymore a third time in Blended (2014), a slapstick about two single parents and their respective children, and joined the ensemble cast of Men, Women & Children (2014), a drama that explored the isolating effects of modern society. In the surreal action comedy Pixels (2015), he played a video gamer called upon to help save the world from alien invaders who have interpreted a recording of a video-gaming session as a declaration of war. He later appeared in the 2017 dramedy The Meyerowitz Stories (New and Selected), playing a son of a sculptor (Dustin Hoffman) preparing for an exhibition showing his work. In the comedy Murder Mystery (2019), Adam reteamed with Aniston to play a married couple framed for killing a billionaire. 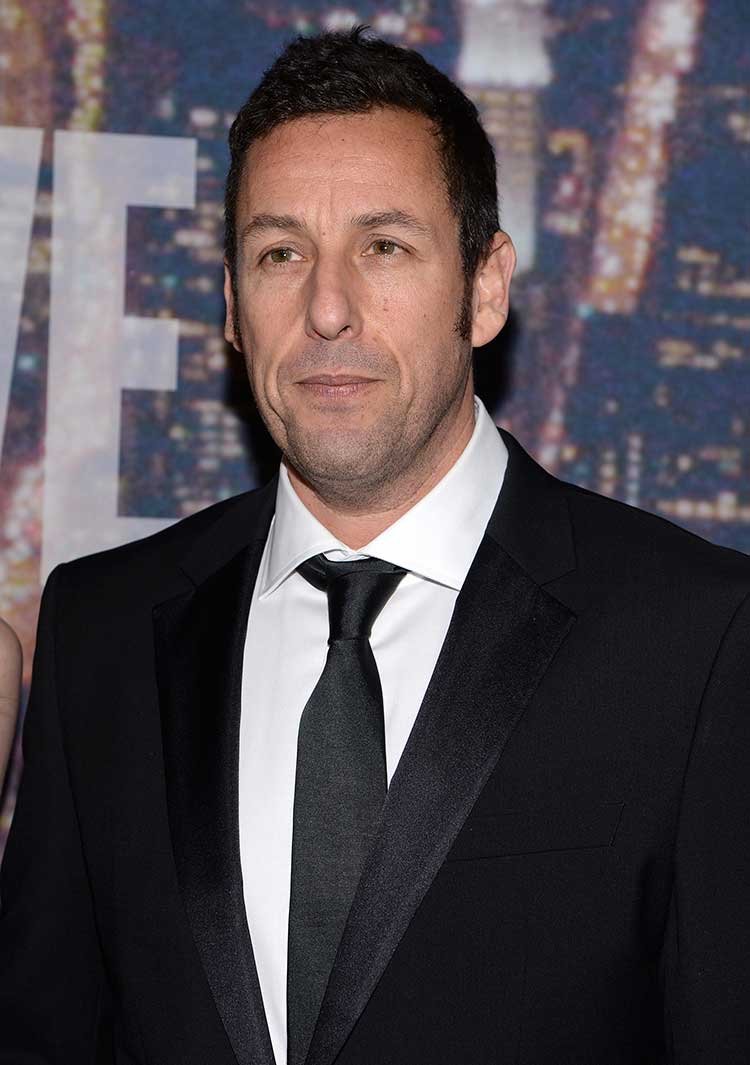 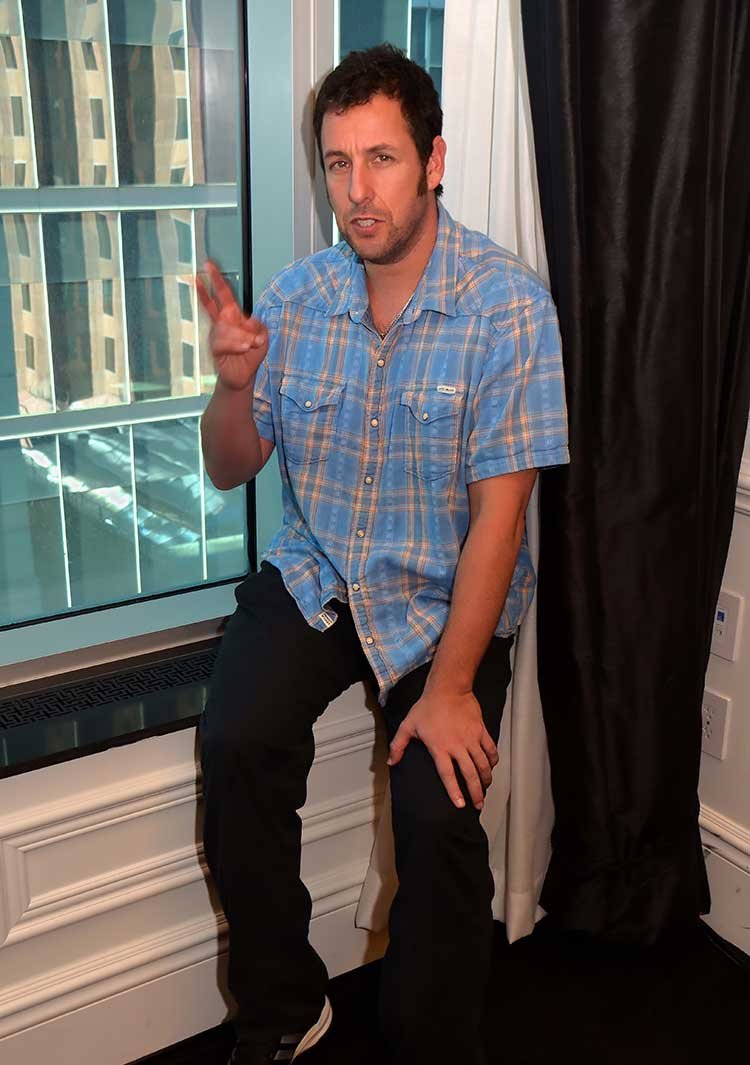 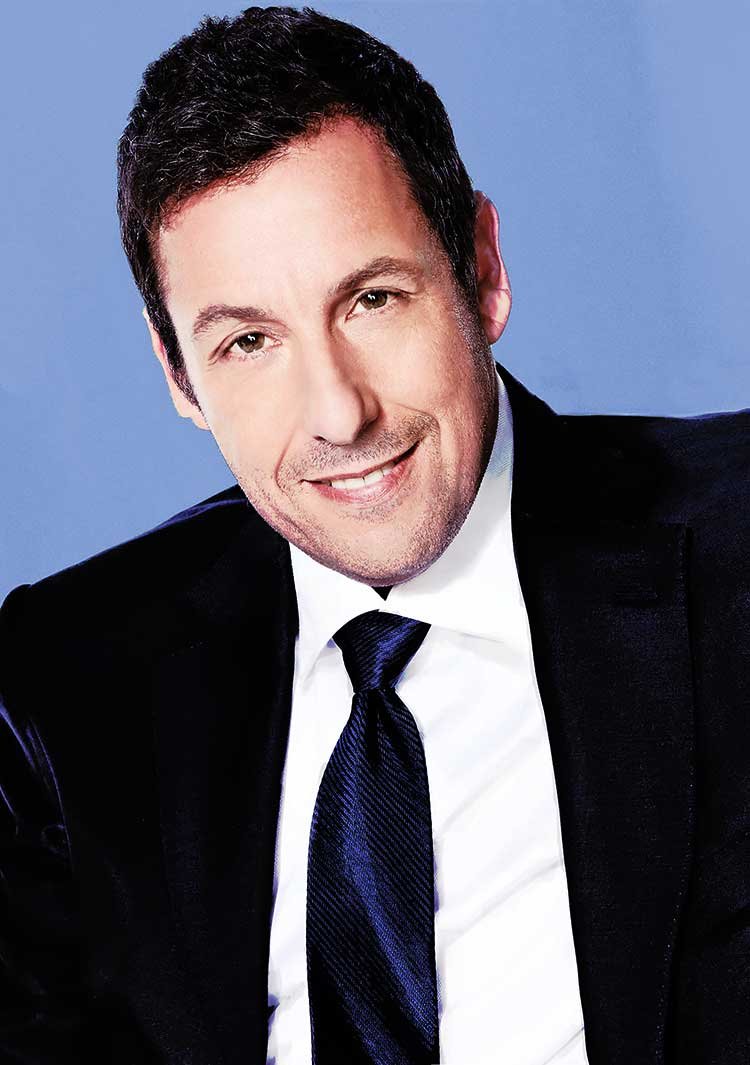